Carmen Ford (b.1987) is a printmaker working as a freelance graphic designer and illustrator in the small town of Port Alfred in the Eastern Cape. Ford’s work has previously drawn from her interest in ‘flying machines’, particularly helicopters. The connection between the state and military has been used as a departure point for her work, where the paradoxical flying machines – machines built to bring both terror and relief – have been used as a metaphor for political systems of power. Her preferred print techniques include monotypes and relief printing.

Currently, she’s enrolled as a student of architectural technology and is keen to see how this will cross over to her print practice.

Carmen Ford studied Fine Art at Rhodes University in Makhanda/Grahamstown, where she completed her MFA in 2013. 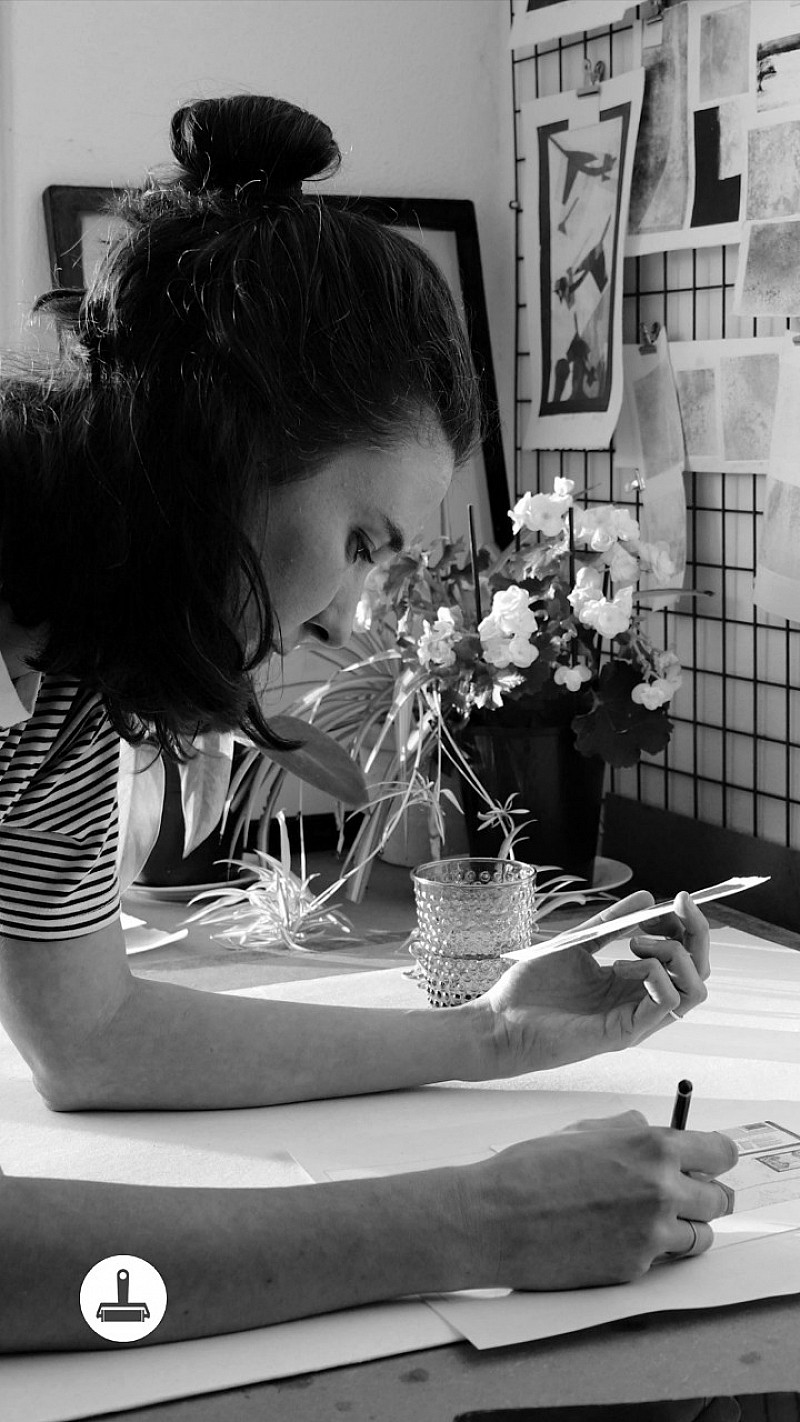 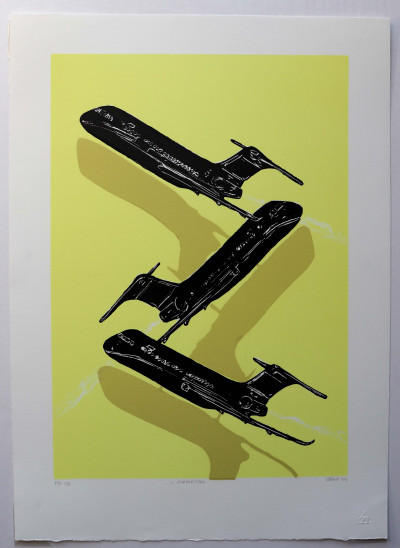 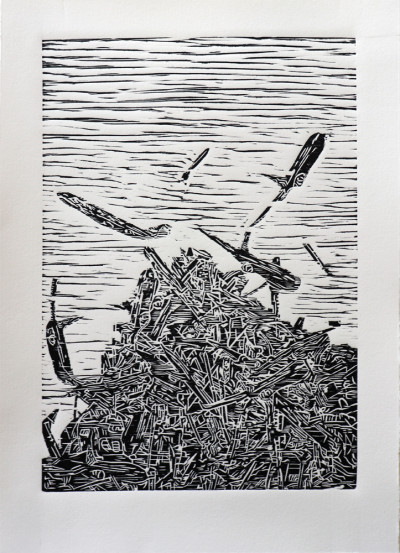 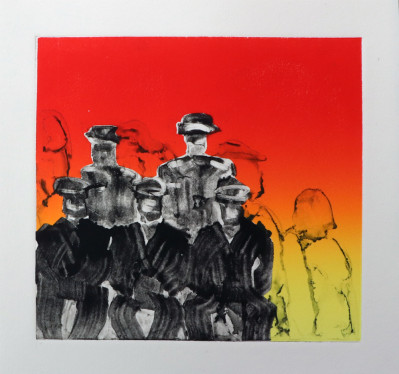 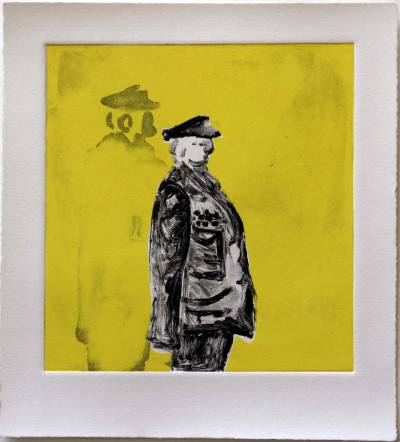